Does NO metabolism play a role in the effects of vegetables in health?

Abstract
A recent attribution of vegetables to human health stems from their effect on the gasotransmitter nitric oxide (NO). This commentary proposes that a major reason for this attribution is that vegetables are rich in nitrates. Recent research has shown that nitrites and nitrates are not only inert end-products of NO oxidation. In addition, they can be recycled back to bioactive NO and this pathway is an important alternative to the classical L-arginine-NO-synthase pathway.
Various chronic ailments, e.g. diabetes, obesity, high blood pressure, are symptomatic of NO bioavailability. Because NO deficiency is metabolically complex, natural nitrate-rich nutrients, such as green leafy vegetables, can improve these chronic ailments via the alternative nitrate-NO pathway.
This commentary implies an added value for vegetables in enhancing health such as cardiac health and in lowering the risks of maladies such as diabetes.

Introduction
Fruit and vegetables rich diets has been associated with lower risk of chronic diseases including cancer and cardiovascular disease and provide beneficial effects that can be attributed to a variety of protective agents [1, 2, 3]. In this commentary, the therapeutic attributes of vegetables will be discussed mainly in terms of their nitrates and nitrites content as a source for nitric oxide (NO) [4, 5, 6, 7].
The past decade has witnessed a significant increase in the interest of biologists in NO. This highly reactive free radical, first considered only a noxious air pollutant, plays a vital role in many biological events including regulation of blood flow, immunity and neurotransmission [8].
Recent data demonstrate that NO is not only a paracrine substance. It has been shown that enzymatic generation of NO in the heart is capable of modulating remote physiological actions and cell signaling [9]. NO was also shown to affect the computational ability of the brain; it regulates information transmission across neurons [10]. Extensive data from studies on NO signals, on relaxation/stress processes and on health, supports a view of an NO net, serving as a body coordinator [11, 12].

The necessity of NO for body functions is suggested by the fact that its deficiency is correlated with various chronic ailments such as, obesity [13], diabetes [14], hypertension [15], pulmonary hypertension [16], osteoporosis [17] and old age [18]. Supplementing NO levels is helpful and thus 5-phosphodiesterase inhibitors (e.g. Viagra), have a potential protective role in chronic ailments as coronary artery disease [19, 20]. It is also not surprising that though helpful, the response rate to NO related drugs as Viagra is lower in diabetics [21].

The problematic nature of chronic ailments is the occurrence of an extended, not necessarily hazardous, condition (see the following elaboration on obesity). Thus, while temporary deficiency of NO may not pose a dramatic risk, a long term NO deficiency becomes hazardous.
NO bioavailability in the body depends on the rate of its synthesis and metabolism. Though arginine is a main precursor for the NO synthesis [22], it has lately been established that mammalian nitrate and nitrite reduction can also contribute to NO biogenesis [23, 24]. This commentary recommends an increase in consumption of nitrate-rich vegetables to prevent NO shortage and its consequential ailments. These nitrate-rich nutrients support health via reduction of nitrites and nitrates to NO [25]. Though beyond the scope of this commentary, it is worth mentioning that vegetable consumption has many nutritional benefits, these include supplementing precursors not only to NO but also to other gasotransmitters such as H2S [26, 27].

Discussion
This section is composed of 3 parts:
- Description of a chronic ailment (obesity) and its NO deficiency.
- Curing NO shortage via nitrates and nitrites supplementation.
- Nitrate rich vegetables indeed improve chronic ailments.

Obesity and NO deficiency
Obesity, which begins as simple overweight, over time becomes a malady correlated with ailments such as heart disease and diabetes [28]. NO deficiency may explain this pattern [29]. There are a number of studies that support this idea.
First, NO and citrulline are decreased in obese juveniles when compared to normal weight juveniles, and are negatively correlated with body weight. Arginine (the NO precursor) however, is increased in obese juveniles and is positively correlated with body weight [13]. Therefore, whereas low levels of NO are correlated with obesity,
it is not the lack of arginine that limits NO bioavailability.
Second, another study demonstrated that excess of fat in the body results in excess of the leptin hormone, which in turn, can lower the levels of bioavailable NO [30].
In addition, it is interesting to note that caloric restriction, without malnutrition, extends life span in a range of organisms [31] and that there is an NO link between caloric restriction and mitochondria [32].

Until the last century, obesity was a rare and impermanent condition and a transient lowered NO communication capacity was not necessarily unhealthy. Today, when obesity is mostly irreversible, prolonged inhibited NO bioavailability is hazardous and can account for the numerous maladies associated with obesity [28].

The reduction of nitrites and nitrates
Increasing the sources of NO, may therefore, contribute to the health of the obese even in the absence of losing weight. When arginine oxidation to NO is prohibited, alternative routes for NO production are effective - the reduction of nitrites and nitrates [33].
Nitrate and nitrite are important alternative sources of NO in especially, but not exclusively, hypoxic states [34]. Following are some examples; The intermittent hypoxia improved glucose tolerance [35]. Nitrite therapy augments ischemia-induced angiogenesis [36], nitrate reduction is emerging as a regulator of physiological functions and tissue responses to myocardial infarction or stroke [23] and brief elevations in plasma nitrite trigger a concerted cardioprotective response [37]. In addition to supplementation of NO compounds in acute situations, it is also effective in improving the urogenital system and skeletal health [38].
As suggested by Tamaki [39], dietary nitrite-derived NO generation may serve as a backup system when the NO synthase/L-arginine-dependent NO generation system is compromised.

Best Nitrite and Nitrate Food Sources
Some of the best nitrate-rich foods are lettuce, spinach, beetroot [6] and fruits such as pomegranates [40, 41]. Accumulating data shows that these foods improve various chronic ailments. Following are some examples; Beetroot reduces high blood pressure [42], green leafy vegetable consumption is linked to lower risk for diabetes in women [3], nitrate rich vegetables were shown to decrease the oxygen demand during exercise [43], pomegranate juice consumption by patients with carotid artery stenosis decreases carotid IMT and systolic blood pressure [44] and indeed NO produced from nitrite plays important roles in limiting post-ischemic tissue injury [45].
Because increasing substantially the daily consumption of vegetables is not simple [46, 47, 48], it seems worthwhile to spread the trend of drinking vegetable juices [49] when dealing with chronic ailments.

It is interesting to note that the Dunhuang scrolls dating to approximately 800 AD, suggested that nitrite and nitrate were used by the Chinese to relieve chest pain and reduce cold in the hands [50].

Conclusions
Regulation of NO function is showing itself to be a complex event that maladies are associated with its disruption.
Here, it is proposed that vegetables can at least partly, reverse these effects by increasing NO generation via nitrate and nitrite. This explains how encouragement of daily consumption of extra vegetables supports good health.
Vegetables can be considered a natural “drug” with sustained release of low-dose nitrite into the circulatory system, alternative source to the L-arginine pathway to NO.

Please note that the nitrite concentrations discussed here are low, for example 8.25 µg/kg [ref.36]. Acceptable Daily Intake for nitrite is defined - less than 0.1 mg/kg/day.
These are much lower concentrations than those of contaminated water which are defined toxic when they contain over 50 mg/liter nitrates.
http://junkfoodscience.blogspot.com/2008/07/does-banning-hotdogs-and-bacon-make.html

YOGA THERAPY is the science of applying the various techniques of yoga in a
variety of illnesses and conditions, to facilitate optimal health, healing
and awakening. Classes are designed for the individual or group with a
therapeutic focus for a specific health condition e.g. cancer, heart,
prenatal, diabetes, multiple sclerosis. 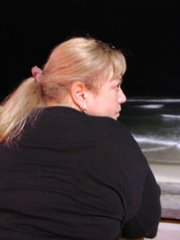